Learning the science and art of research. 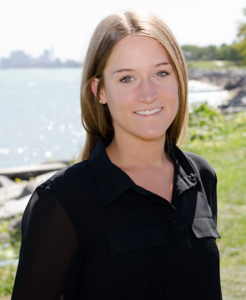 Stephanie Crawford is a doctoral student in Communication Sciences and Disorders who has worked with children with autism and related neurodevelopmental disabilities for many years.

Stephanie has worked with Dr. Losh since 2012, beginning as a research assistant in the lab and later as a research project manager where she played a central role in managing the lab’s ongoing grants and projects. As a doctoral student, Stephanie continues to play an important role in the lab’s projects, including working closely with families, mentoring undergraduate students, and coding and analyzing data for projects and manuscripts. She is especially interested in understanding social-communication in autism and related developmental disabilities.

Stephanie is aiming toward a career as a clinical researcher in an academic setting specializing in autism and developmental disabilities.

Stephanie earned her B.A. in Speech and Hearing Sciences at the University of Iowa in Iowa City, IA. 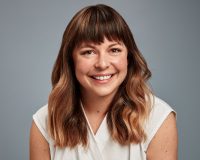 Janna Guilfoyle is a doctoral student in Clinical Psychology, who has been working with children with autism and related neurodevelopmental disabilities for many years.

Currently, Janna plans recruitment events and testing trips, schedules and works with study participants, compiles and analyzes data, and supervises undergraduate students. Additionally, she writes and disseminates research findings, and helps write grants for new initiatives. Prior to joining the NDL, Janna was a research coordinator in the Behavioral and Developmental Neuropsychiatry lab at Cincinnati Children’s Hospital.

Janna is aiming toward a career as a faculty member at an academic medical center, where she can continue to perform assessments and develop treatments for patients with neurodevelopmental disabilities, as well as conduct novel multi-model research that improves the understanding of clinical populations, and treatment approaches. 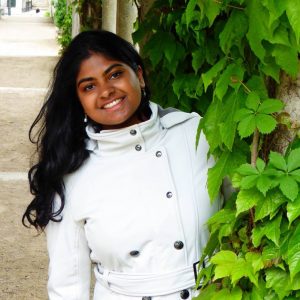 Mitra Kumareswaran is a doctoral student in Clinical Psychology, and is specializing in Child and Adolescent Psychology and Neuropsychology.

Mitra has been working with chidlren with neurodevelopmental disabilities for the past ten years in both research and therapeutic settings. During her undergraduate career at the University of Georgia, Mitra worked as a research assistant at the UGA Clinical and Cognitive Neurosciences Lab and the UGA Child Autism and Attention Research/Evaluation Lab. Prior to joining the NDL, she completed a pre-doctoral research fellowship in Speech Science and Engineering at the Marcus Autism Center in collaboration with Emory University and Children’s Healthcare of Atlanta.

Mitra is aiming towards a career as a pediatric neuropsychologist in an academic center. She intends to combine her love her clinical practice with scientific inquiry.

Mitra earned her B.S. in Biology (with an emphasis in neuroscience) and B.A. in English at the University of Georgia. 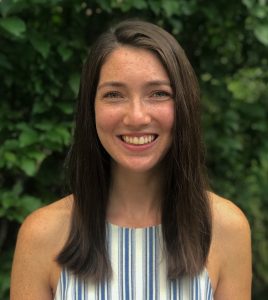 Emily Landau is a doctoral student in Clinical Psychology, and is specializing in Child and Adolescent Psychology and Neuropsychology.

Emily has worked with children with autism and related neurodevelopmental disabilities for many years. Currently, Emily works closely with our participating families on recruitment and testing, and she plays a key role in data coding and analysis for several lab projects. She is especially interested in understanding social-communication in autism. Prior to joining the NDL as a graduate student, Emily was a research assistant in the NDL, and she also worked in the Developmental Neuropsychology Lab at the University of Rochester.

Emily is aiming toward a career as a pediatric neuropsychologist specializing in autism and related neurodevelopmental disabilites. She would like to work in an academic medical center where she can continue to engage in research and clinical work.

Emily earned her B.A. in Psychology with minors in Brain and Cognitive Science and American Sign Language from the University of Rochester in Rochester, NY. 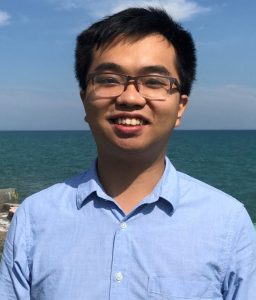 Joe Lau is a post-doctoral fellow in the NDL. He received his PhD. in Linguistics at The Chinese University of Hong Kong.

Currently in the NDL, Lau is leading a machine learning project to identify combinations of linguistic, cognitive, and neurophysiological phenotypes of autism for the prediction of its diagnosis and risk factors.

Lau currently splits his time as a post-doctoral fellow between the NDL and the Infant and Child Development Center at Northwestern, where he leads a project aiming to identify acoustic features in human/non-human vocalizations that support infant cognition. 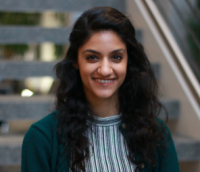 Kritika is fascinated by the gene-brain-behavior relationships in children with autism and related neurocognitive and neurodevelopmental disorders. Her studies involve taking a multi-method approach to exploring the visual perceptual and attentional profiles associated with autism and the broad autism phenotype. Currently, she supervises several lab projects, helps mentor junior doctoral students and undergraduates, and collaborates on grant submissions and manuscripts. Prior to joining the NDL, Kritika spent three years as a project coordinator at the NYU Child Study Center.

Kritika is aiming toward a career as a pediatric neuropsychologist, so she can continue both her research and clinical work, optimally working at an academic medical center. She earned her B.S. in Neural Science and Environmental Studies, with a minor in Child & Adolescent Mental Health Studies, at New York University. 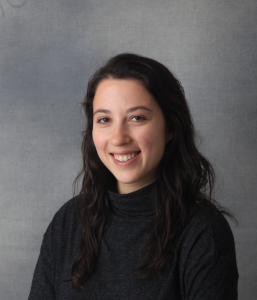 Molly Winston is a doctoral student in Clinical Psychology, specializing in Child Psychology and Neuropsychology.

Molly is especially interested in exploring autonomic nervous system function in autism and fragile X, as well as the neuropsychological profiles of families affected by autism and fragile X. Currently, Molly plays an important role in the lab’s projects, assisting with recruitment and assessment of family participants, analyzing and interpreting data, and publishing research results. Prior to joining the NDL, she conducted research at the Center for Autonomic Medicine in Pediatrics at the Ann & Robert H. Lurie Children’s Hospital in Chicago.

Molly is aiming toward a career as a clinical translational researcher, somewhere she can continue to conduct research and work directly with families affected by autism. She earned her B.A. in Neuroscience at Colorado College in Colorado Springs. 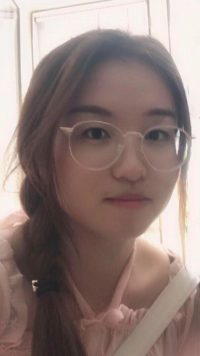 Jiayin Xing is a doctoral student in the Roxelyn and Richard Pepper Department of Communication Sciences and Disorders.

Jiayin has worked with children with autism and infants with a higher genetic risk of autism throughout her undergraduate career. She is especially interested in exploring the neuropsychological profiles of individuals and family members affected by autism and other neurodevelopmental disabilities, specifically in language, social functioning, and cognitive functioning.

Currently, Jiayin is developing independent projects focused on the lab’s new cross-cultural studies of autism. She also assists with other lab projects with participant testing, analysis and interpretation of study results, and presentation of findings in manuscripts to share findings with the scientific and clinical communities, as well as with the general public. Prior to joining the NDL, she worked as a research assistant in the Developmental Neuroscience Lab at University of California – San Diego and in the Child Cognition Lab at Peking University.

Career-wise, Jiayin wants to continue her research on communication difficulties in children with autism. She earned her B.S. in Psychology at Beijing Normal University in China.

Environmental factors are now recognized to play a strong role in development, and pose risk factors even in strongly genetic conditions like autism. The NDL is one of the many labs at Northwestern that are considering the complex relationships between genes and environment. Click to learn more: Northwestern Now!

Participate in a Study